Despite having the experience of a prolonged stay at the hospital and being immobile, I was tongue tied. I didn’t know what to say or how to comfort him.  I could only share with him of my previous struggle at the hospital.
On our second visit before our trip back to Penang, …
Post a Comment
Read more 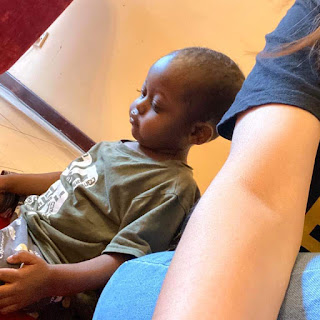 "I'm still standing...yeah, yeah, yeahhh..."
"I'm still standing..."
His high chirpy voice reaches my ears as Patrick swayed his body slightly while singing. Eyes sparkling, his body wriggling like a worm moving on the ground. His lips parted in a smile while he kept on going "I'm still standing."
It is the latest song he likes. His favourite songs can be seasonal. At one time it was Baa Baa Black Sheep. Then another phase he had was Five Little Monkeys. Another time it was Humpty Dumpty.
It is cute seeing him in this state; full of excitement, wonder of Life. Sometimes he can spontaneously laughed or dance on the spot if he hears any song he likes.
Today it has been 7 months since his liver transplant last year. Eileyn has observed the big changes in Patrick before and after the transplant in her recent blog post. Her blog also made me reflect on this young child who is suffering from liver failure. He is two years old named Abdi. The doctor…
Post a Comment
Read more 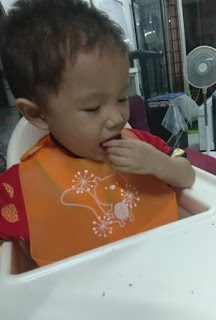 He glanced at me while smiling cheekily. His mouth revealing his short front teeth. An active boy.  If one does not know his history, he looks like any other toddler.  From his cheerful appearance, there was no hint of pain and suffering he went through the previous year.
It was last year during the Hari Raya holidays that I visited Patrick and his family.  Just 2 weeks away before his appointment for a liver transplant in China. When I first met him, his eyes were unnaturally yellowish and his belly was protruding. He looked sickly. My sister who is usually chatty by nature was quiet as she dropped me at their house, she didn’t know what to say to Patrick’s parents.
Patrick seemed cautious when he saw me. Someone whom he had not met.  His mother, Cordelia, informed me, he viewed strangers with suspicion as they might be doctors and poke him with needles. After assessing for more than an hour, he decided I was not a threat. He became friendlier and brought his toys to me.
He was const…
Post a Comment
Read more

Finding My Voice Through Creativity 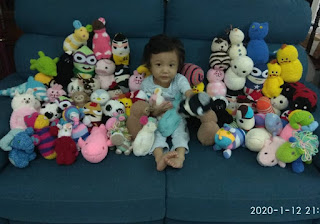 This is my first post for 2020. How have the year been for you?
Since 1 January 2020,  I have been baking, stitching sock dolls, writing and singing. I would never imagine my creativity can go beyond poetry writing. I used to have a rather fixed mindset on who I am; what I am capable of and what I am not.

A few friends shared they could not see me as a sock doll maker or a baker. I could not vision myself as that too. I considered myself an inept cook. I do not consider myself much of a cook and a baker. I have no interest to learn too. Because of Patrick, I encouraged myself to make some attempts.

Years ago, the only creativity I allow myself to channel was through poetry. My voice hidden from many others. I would allow myself to feel the raw emotions and of my vulnerability through poetry. When I could not consciously process my thoughts, it is through poetry when I would pause and release what is stored within my subconscious. When I wrote it out, I became clearer in my perception o…
Post a Comment
Read more

Reflections And Coming Of New Year 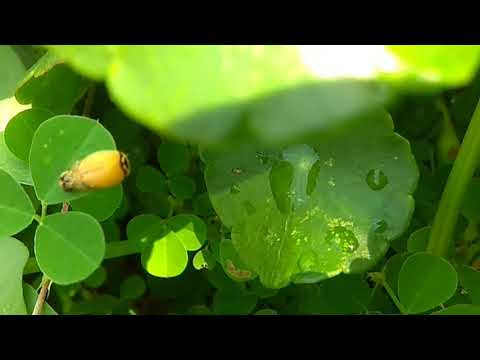 Last day of 2019 have arrived. Much have happened in my life; mentally, emotionally, physically, in my relationships especially in my family. I have been in reflective mode since Christmas Day. Moments which awakens me to the best of humanity. Moments that were worrisome when Patrick appearing to have symptoms which at first were not positive during his new liver transitioning stage. I finally took part in a workshop that unleash the creative expression in me after a long absence from experiencing and experimenting with the creative side of me. On the month of November and December 2019, an NGO invited me to conduct doll-making workshops whose major work involved hospital patients and sickly children. I have amazing encounters  and moments with Nature’s creatures.

My first witness of the birth of a ladybird coming  out from its cocoon. This happened in my garden.

Ladybird interacting with me after I offered my hand in friendship.

From Nothing To Something 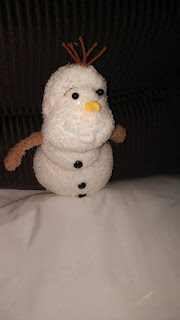 For a long time, I preferred certainty. To have precise plans. I know what I want for myself for the day. I make my choice for lunch before the actual lunch hour. I know where I am going in my life. What I want for myself. I know my likes and dislikes. I want to be in control of my life and my emotions. If I became emotional due stresses of life circumstances, I usually be hard on myself by saying these words to myself, "enough is enough. Time to stop this. Don't complain. Move forward." And onward I go, believing this was the way to be without processing my emotions especially if I considered them to be of negativity and unproductive.

In time I learned no matter how planned I try to make my life to be, something plan may end up nothing. And nothing planned may end up to something.

Let me give you an example. Look at the doll below. 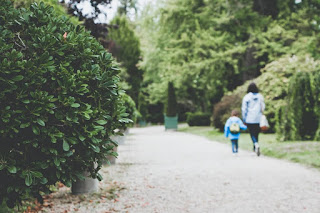 The moon, stars and clouds accompanied our usual night walks. Occasionally we get to see neighbours walking on the streets. There would be a few who walked their dogs.  A couple always brisked walking at night. When they see us, they would say hello with a wave of their hands. Patrick would respond with an enthusiastic "hi!".
I would point out the trees, bushes and flowers on the side of the road to Patrick.  I would take this opportunity to teach him what they are. He would sometimes observed with interest. Occasionally he wished to touch them.


On the night of 8 December 2019, something else accompanied us. Something different.
"What is that?"
My finger pointed on the road. On a wet patch on the road. Earlier it had rained.
Patrick's eyes stared steadily.
"Heart".
Patrick identifying Heart on the road.
Before that Heart shape on the ground, I was pondering on the earlier discussion with a few friends. We were discussing on a project which I consi…
Post a Comment
Read more
More posts