More than a week ago, there was another burn accident in Malaysia. This time, it was at a filming set. 31 people, mostly elderly got hurt when petrol vapourised and got on their clothes during filming of burning buildings. See stories: Filming goes awry  and  Double whammy for film crew 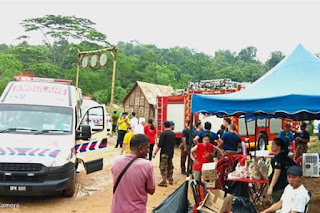 (photo source: The Star newspaper)
What was shocking is that the incident still happened despite the presence of firemen on duty. I dread to think what might happened if they weren’t around to control the situation.
It is indeed more difficult for the elderly to recover from a burn, especially if it is a large burn area. Age is one of the important factors that will be considered to determine whether a person will be able to survive the burn.
There is a method that is called the Baux score, whereby the sum of age in years and the percentage of body burn will be added to predict the percentage of mortality after severe burns. The Baux score was also modified to add inhalation injury which added the equivalent of 17 years (or 17% burn).
Per Cent Mortality = Age + Percent Burn + [17 x (Inhalation Injury, 1= yes, = no)]
For example in my situation, 80% + 38 years = 118. Further, the doctors had to consider inhalation injuries as the gas explosion happened in front of my face. Meaning my chances of survival was really low.
During the initial stages of my burn, I wasn't aware of the above calculation until one of the doctors casually mentioned that age and percentage of burns will be added up, to determine the mortality rate. He further mentioned that my case is one those cases where doctors still keep on trying even though the percentage of survival seems bleak. At that time, I knew that I was lucky to be alive, just that I didn’t realise the extent of it or how they calculated my chances of survival.
When I was in coma at the ICU, a friend of mine actually took the initiative to ask 5 different doctors from different hospitals and practices and all of them did not expect me to make it out alive or gave me a less than 5% chance of survival. It seems that only a few people survived more than 80% burn in Malaysia. 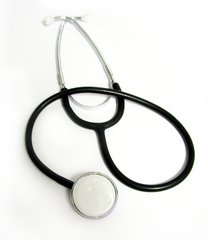 I am indeed very grateful to the doctors in the ICU and the plastic doctors from Penang General Hospital who did not give up on me, even though the chances of my survival were very bleak at that time. If they have not given their best, I would not have been alive today. For that, I am grateful.

It is common to read or hear horror stories of those who are admitted in General Hospitals, where patients are neglected or not properly treated. Not many success stories are being told.  Therefore, I feel that my story needs to be told for a more balance view.  I have seen dedicated doctors and surgeons who are often exhausted, sleep deprived and going all out for the patient.  It is not easy being a doctor at General Hospitals with heavy workload and limited resources. They could just quit and work for private hospitals for less work and more pay. However, some still choose to continue to serve patients dedicatedly at General Hospitals and that is truly admirable.