Bario Cinnamon - From the Land of a Hundred Handshakes

When you buy Bario cinnamon, you get it in the form of a two and half foot - long stick. They are harvested by a group of farmers from ‘Bario Agro Biodiversity Hub,’ Bario, Kelabit Highlands in Sarawak, Malaysian Borneo. It is trucked along a grueling logging road for twelve 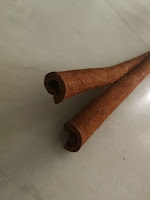 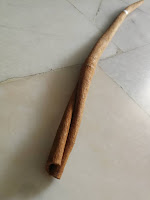 The cinnamon trees are of the Cassia variety. They grow wild in pristine, lush, primary jungles among the flora and fauna such as those in the Bario Communal Park. The cinnamon bark harvested is thus 100% organic with ABSOLUTELY no chemicals as the trees grow in the thick Bornean jungle. Cinnamon is a traditional medicine used especially to ‘warm’ the stomach.  The Kelabits (main inhabitants in the Kelabit Highlands) also use the cinnamon bark in teas and infusions for tired and weak villagers to rejuvenate themselves.

The sticks are stored in a dry and cool place and can last at least one year. 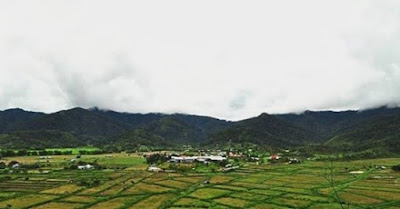 How is it harvested?

Bario cinnamon sticks are harvested from tree bark, they are not culled from the inner trunks of the tree like the commercial varieties from other producing countries like Sri Lanka.  This is the big difference. As such, the bark gives a unique sweet taste to water after boiling for five minutes. 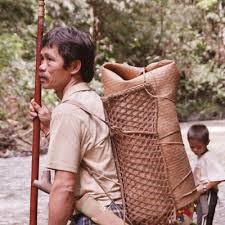 When a tree is identified, he has to cut through thick undergrowth to get to the tree, and then he  cuts away the thick, winding vines to get to the bark. He uses a parang to carefully slice the bark  to the length that fits his ‘bahkang’ or ‘uyut’.   By the time he is done, the sun has already set.  He has to stay in the rainforest overnight as it will be too dark to hike back.  He hikes back the next day.   Every trip takes two full days.  A farmer/hunter can only carry a maximum  of 5-10 kg per trip in addition to his water bottles and food.

The farmer remembers his trails.  He will go back to harvest in several years’ time when the bark fully covers the harvested trunk area again. He knows the traditional way of sustainable harvesting. The tree will grow taller and bigger, flourishing luxuriantly in the rainforest.

Cinnamon sticks from trunk bark is of premium grade as they are harvested from old trees, hence the thickness of the ‘skin’.  As such, the Bario cinnamon sticks are different from the small cinnamon sticks which are on sale all over for cooking and tea-making. The commercial varieties are cultivated in India, China, Indonesia and Sri Lanka.

Cinnamon oils, bark and leaves are used in Ayurvedic and Chinese medicine.  They have ‘hot’ or warming values for weak/tired or ‘cold ‘bodies. Cinnamon improves the appetite, controls blood sugar and cholesterol and has antibacterial/antiviral qualities.  Chinese have been using cinnamon in health soup infusions with ginseng and other herbs as an herbal energizer for thousands of years.  Indians have been drinking its infusions for thousands of years as tonics for a variety of ailments.

Do not be swayed by the health benefits stated in youy-tube videos about Ceylon cinnamon: https://www.youtube.com/watch?v=aHy5XXy9HGs
The English language videos are made to market Ceylon cinnamon products by discrediting other countries such as India and China which have grown and used cinnamon for thousands of years. 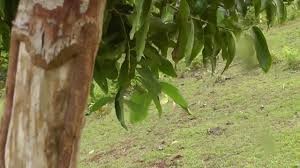