I looked at his pale face and frail body on the hospital bed. Lines and tubes on his legs and neck. There was a bag at the right side with yellowish looking water inside. The liquid was not urine but water which had to be pumped out from his stomach cavity.

It was difficult to see someone whom you have known since young to look so weak. He had lost weight and aged considerably.
It was the second day of Chinese New Year.  My sister and I took a trip down to Kuala Lumpur to visit relatives. We visited a cousin at the High Dependency Unit, he had liver cancer and was complaining of diarrhea. Visiting hours were 11.30am to 1.30am and 5.30pm to 7.30pm. We had to take turns going in as only 2 guests at a time are allowed.

Despite having the experience of a prolonged stay at the hospital and being immobile, I was tongue tied. I didn’t know what to say or how to comfort him.  I could only share with him of my previous struggle at the hospital.

On our second visit before our trip back to Penang, my cousin complaint of back pain.  He grumbled the fish being hard despite my other cousin’s attempt in mashing and mixing it with the porridge provided by the hospital.  After some persuasion on our side, reluctantly, he took a bite.

A few minutes later, a doctor came, “you need to eat as you are on medication.”

The doctor continued, “we may have to put the feeding tube through your nostril if you are not eating enough.”
I could see the sudden fear in my cousin’s eyes. After the doctor left, I informed him the same thing, based on my personal experience, feeding tube can be unpleasant and he needed to eat more as his nutritional intake was not enough.

His greyish dark eyes seemed to be in a dazed state, not looking at us. I wondered whether he could hear what we say. Perhaps he felt overwhelmed. It must have been difficult for him to be in such misery.

That was the last time I saw him. He died a few days later. His blood pressure suddenly plummeted bringing him into unconsciousness. I reflected on my last words to him; it sounded like nagging. 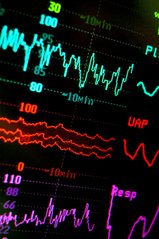 Upon reflection, I realised there are better things to say to a patient, especially someone who is suffering. That visit had got me thinking of what we can say to a terminally ill patient at the hospital.  Below are just my opinion and not intended to be exhaustive:-

1. Don’t nag. You are not there to tell the patient what to do.

2. If the patient asked about his mortality, answer as honestly as possible. Don’t give him false hope.

3. Do not make the person worry unnecessarily. Keep your fears to yourself.

4. Do not irritate or anger the patient.

5. Unless the person specifically asks for it, don’t persuade the patient to buy your products, especially MLM related.

1. Talk about other topics instead of focusing on the patient’s illness. It can be depressing when visitors keep asking about the person’s health all over again. When I was conscious in the ICU, I wanted to know what was going on outside.

2. Ask about the person’s concerns and feelings

4. Listen with compassion. A patient needs someone who can empathise.

5. Ask if he needs anything at that point of time while you are still there. Sometimes the patient is shy to ask the visitor for favours, for example, to help him get comfortable on his bed, etc.

6. Ask the patient whether he wants to settle any unfinished matter or talk to anyone else.

7. Do ask the patient what he wants to do? Where does he want to go from here? How can he get there? For example, if the patient says he wants to go home, tell him that he needs to fight for it and do everything that he can. This includes eating, having enough rest and a peace of mind to get well. Think positively while in bed.

His family and friends will sorely miss my cousin. We had not expected him to leave so soon as he was looking forward to Chinese New Year.  While hospitalised, he had invited relatives and friends to his house during Chinese New Year for a meal of chicken and beef rendang which he had earlier ordered from a caterer. However, the invitation had to be canceled when it became apparent that he could not be discharged anytime soon.

Koko Hock, wherever you are now, may your soul rest in peace.