A few days ago, I was invited by my friend to a Christian life group sharing. The group leader referred to a passage from the bible about a man named Jairus whose daughter was dying and he asked help from Jesus to save her. When Jesus arrived at the house, he did not let anyone in except his disciples and the girl’s parents. Jesus said “Don’t cry; the child is not dead-she is only sleeping!”. There were some people who made fun of him. Jesus called out to the child, and she got up.


What touched me about the whole story is Faith. 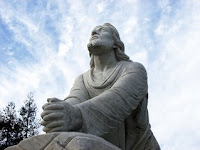 During the time that I was unconscious in the ICU, my condition was critical, in a medical induced coma with nearly no chance of survival. The doctors had informed my family to prepare for the worse.  My dear sister tried to restrict the number of visitors. There were relatives who wanted to say their goodbyes. She struggled to prevent them from entering as she feared that I may pick up their words and thus give up on life. Sometimes she succeeded, sometime she didn’t.  Luckily, I was blissfully ignorant and didn’t hear any news about myself on the brink of death. It surely would have impacted me mentally.


Even though my condition looked bleak, there were many people from different races and religions; Muslims, Christians, Hindus, Buddhists and Taoists who prayed for me. They prayed according to their own faith and belief. 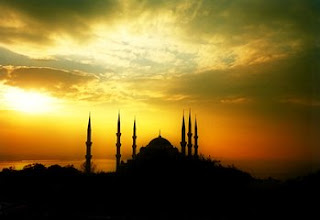 One of my friends, Cordelia Lee, rallied up through Facebook for prayers on my behalf.  Many people including strangers agreed to pray for me. Some even fasted and restricted their diet in hope their prayers would be answered.


A friend of mine, who is a Taoist, conducted a special ceremony for me with a lighted fire on oil and prayed for me. He took care of the fire making sure that it had a continuous supply of fuel without being extinguished; throughout my nearly 4 months stay in the ICU.

One of my teachers, with some of my previous class mates from a course that I attended a few years before my accident, raise funds and release animals on my behalf. It was their belief that the act of releasing all sort of creatures will help to save and prolonged my life.


It was indeed touching to find out about all this after I was in much better health. So much so that I cried listening to the stories told by my sister or reading my Facebook messages for the first time.


I am thankful and appreciative of the effort that they made and the faith that they had.  When medical science couldn’t do anything further anymore, in time of difficulties, their faith helped to sustain me.


There are people in this world who insists that their religion is the only true path or impose their view on others. Some are close minded towards other religions. During my stay in the ICU, people of all race and religion prayed for me. I personally don’t believe that God is only there for a particular group of people, race or religion. I truly believe : God is there for all.
Rising from the Ashes