Do Not Ignore The Burns On Your Skin

By Eileyn - August 27, 2018
As a child, I was not afraid of fire. Every Chinese New Year, I had my fair share of playing with an assortment of fireworks with my sister and all the other children in the neighbourhood. Some were really fire hazardous such as firecrackers and the rocket.  During lantern festival, we would play with those paper lanterns and also had fun melting the mixture of the extra candles with fire.


During my youth, I had my fair share of burning rubbish at the garden of my home and also helped out with starting barbeques using inflammable materials. 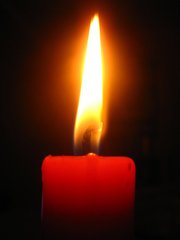 Looking back, I was quite ignorant of the dangers of being burn and this applies to most Malaysians as well.
Most of us are not aware that burn injuries can be complicated and difficult to heal depending on the degree of the burn. I’m not in the medical field, so my sharing below is just a simple explanation of the severity of the burn for the ordinary folks to understand better.
In order to determine the severity of the burn, 2 factors will be taken into account:-
A)     How deep is the burn area
B)     The total body surface area (aka TBSA)

a)      First Degree Burns - burn injury where the surface of the skin is damaged, however the epidermis (the first layer of skin) is still intact, and able to perform its functions. Also known as superficial burn

b)      Second Degree Burns- the burn has extended through the epidermis and also burn through the dermis (the second layer of skin). The skin is unable to protect itself, prone to infections and there is a loss of skin function to regulate body temperature. As the nerves are also located in this area, Second Degree burns are also the most painful. Indications of burns that have reach this layer is when there are blisters forming which shows epidermis has broken
c)    Third Degree Burns – the burn has destroyed the epidermis and dermis area, in some situation the patient may not feel anything as the nerves are dead. It can go up to the fatty tissue, muscle and in some situation, bones can be seen. 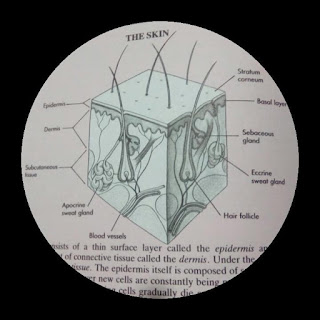 B)    The total body surface area

From what I have read so far, this differs from country to country and the method used in the old days differs from now. Generally, the body will be divided into sections and each section will be given a percentage, it that area has 2nd to 3rd degree burn, it will be calculated and added.
As a person who has undergone 2nd and 3rd degree burn with 80% TBSA, it worries me to see that many Malaysians are actually ignorant when it comes to burn injuries.
When I was a patient at the burn ward, I have seen so many patients coming in and out for different types of burns. I noticed that many patients who came into the ward were burn by hot water while pouring out water from kettle or hot oil while frying food. Some of them had initially refused to see the doctor and thought that the burn was not serious. While others choose to put some natural remedy instead, by the time they were admitted, the burn area has gotten worse.
Sometimes, even doctors (general practitioners) may not realised the seriousness of the burn. There was a patient that I met during my stay at the burn ward, whom I shall refer to as patient A, she informed me that she was burn by hot water when she accidentally spilled boiling water on herself while preparing a hot drink. She went to see a doctor in Kedah and her burn area was cleanse and bandaged. As she had to return to Penang at that time, for work, she asked the doctor to refer her to the Penang General Hospital for the next appointment.
During the appointment with the doctor in Penang, around a week later, she was shocked when the doctor told her that she had to be admitted to the hospital right away and that merely bandaging will not do. She was so afraid when the plastic doctor told her that she would have to undergo surgery to remove the dead skin (known as debridement). I remembered advising her that the plastic doctor knows what is best and that it is better to get it done as soon as possible.
If the burn area doesn’t look good, if in doubt, it is best to seek a doctor. It is not advisable to wait and see how it turns out.