That night I woke up groggily, awakened by the smell of gas. In my dazed and groggy state, somehow there was a realisation that the strong smell was coming from the kitchen. My room, located just above the kitchen.  Rushing down, I headed towards the kitchen and proceeded to the gas stove.


Trying to make sure that the knob on the stove was switched off; suddenly a spark ignited.  There was a loud deafening explosion. It happened in front of my face.


“I am going to die!” that was the thought that crossed my mind.


As the horror of this realisation hits me, suddenly I felt something protecting me, some sort of a shield in front of me, especially on my face.


I fell back from the impact of the explosion. Glass and plates shattered. Things around me were melting from the heat. It felt really hot. Some shreds of glass cut my legs and hands. My clothes were burnt to ashes. After the explosion, everything suddenly became eerily dark and silent, the first thing that came to my mind at that point of time, “I am still alive!”. I couldn’t believe that I survived.


Despite the tremendous shock and pain, I struggled to get up and went upstairs to change my clothes. The loud blast woke up my parents who were sleeping upstairs. In fact, it woke up the whole neighbourhood.  Within minutes, the neighbours came swarming to my house. 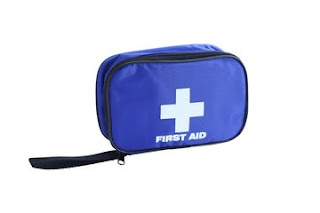 I remembered telling and repeating to people that I was hurt, that I urgently needed to go to the hospital.  Some were trying to calm me down. There was a teenage Indian boy telling people to give me space and that he was a first aider. Nosey strangers kept asking me questions, only much later did I realise that they were reporters. How did they get there so fast? I wished that they would just leave me alone. 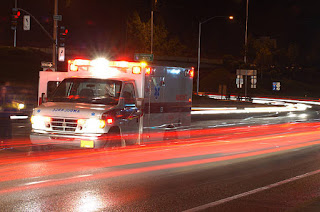 Time moved so slowly while waiting for the ambulance.  The ambulance arrived 1 hour later.  The ambulance driver and his assistant asked many questions before we finally left the place.  Entering into the ambulance alone, I told my parents not to worry.  A neighbour had actually offered to follow me to the hospital, but I declined thinking that it was troublesome for him. It was indeed foolish on my part for declining his help.