Today,  I could not believe that Patrick had managed to charm one doctor, whom I always considered as having a sour-ish/frowning face. I have never seen her smile before until her encounter with Patrick today.

She noted the lighter colour of jaundice on his skin compared to the first time he was admitted. Then she discussed on the action plan for Patrick with me at home, once we are discharged.

Patrick suddenly voiced up his "opinion". This startled the doctor. I explained to her that sometimes Patrick wants to be a part of the conversation. As if on cue and as if he understood, Patrick added more of his "opinion."

Then I saw a slight twitched on her lips. As if it was starting to smile.

As our conversation continued, Patrick continued giving his opinion or two

All of a sudden, he raised his body and made attempts to stand up. I supported him with both hands. Again I explained that Patrick wanted to "take a closer look at  you, doctor." I felt like a baby translator.

Finally, a real smile. She approached Patrick as he stared intently towards her way. I was not sure whether he was smiling to her as well. As I was facing his back.  Her fingers gently touched Patrick's chin. Her features suddenly soften. This Patrick, how did he managed to do that??

After the doctor's meeting in our room, I went to the pantry with Patrick. He was in the stroller waiting for me to make milk. He would cry now and then as if signaling to me..."I am hungry. Where's my milk?"

When Patrick noticed that the nurse was looking at him, he suddenly gave her a big smile. Until the nurse could not help but smile back in response. While I prepared his milk, Patrick was continuously flirting with the nurse. With his smiles and cooing baby talk.

The nurse was smiling more and more, enjoying Patrick's presence.

To that, Patrick have an even bigger smile. As if in reply to her question.

I should start preparing myself...To lock up my door in case his charms attract too many ladies. 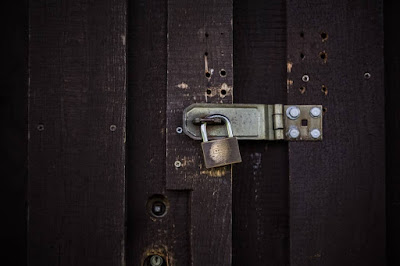